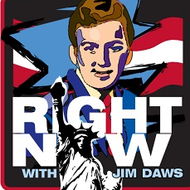 Joe Biden is taking a wrecking ball to Donald Trump’s presidency. With just a week in office, Biden all but demolished Trump’s America First legacy. With a few shaky strokes of a pen, he’s thrown open the borders, wrecked the energy sector, signaled our capitulation to communist China, reinstated cultural Marxist indoctrination in schools, and returned radical gender experimentation to our military.

Biden was so busy enacting Bernie Sanders’ policies, at one point he was heard muttering, “I don’t know what I’m signing.”

Never before have we seen one president’s accomplishments so quickly and thoroughly undone. Of course, all this was possible because Trump relied so heavily on executive orders. Although Trump carried GOP majorities into both chambers of Congress, Speaker Paul Ryan and other RINOs stubbornly obstructed Trump’s agenda and squandered the GOP’s House majority.

0
View All
0
Reply
Interested? Want to learn more about the community?
More from Right Now with Jim Daws

We’ve become all but numb to the Democrat’s hypocrisy, but the double standard they employ to portray a couple of hours of unrest at the Capitol compared to the seven month’s of Antifa and Black Lives Matter riots, is truly breathtaking in its audacity.

Over the summer, the media told us repeatedly that the Antifa/BLM protests were mostly peaceful, as we nightly watched ordinary citizens, as well as law-enforcement officers, being assaulted, and in many cases killed, with firearms, knives, clubs, incendiary devices and blinding lasers. All but the most egregious criminals were released without charge by Soros-funded, Democrat prosecutors. But any citizen who dared defend themselves from brutal assault, as in the case of Kyle Rittenhouse in Kenosha, were quickly charged and jailed.

Government buildings were made targets for destruction. In Minneapolis, a police precinct was gutted and burned. In Portland, arsonists laid a months’ siege to the Federal ...

Powered by Locals
About Community
Right Now with Jim Daws
7 Members
Don’t have a Locals account yet? SIGN UP
I’m already a member Log in
Please keep this window open while your file is uploading...